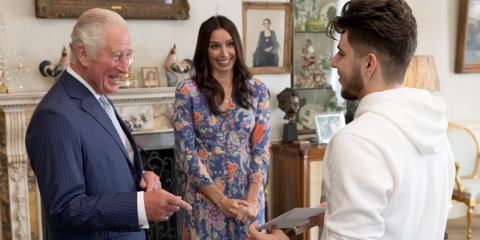 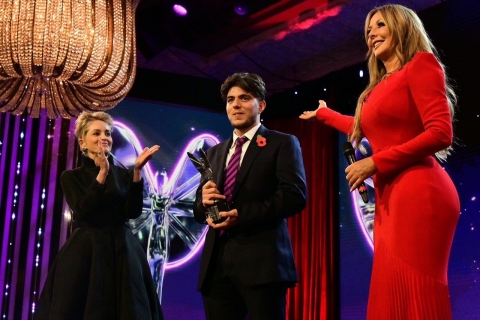 When Hassan Al Khawam, aged 24, and his family fled their home in Syria due to the war, they were given refugee status and rehomed in Northern Ireland in 2017. Since arriving in the country, Hassan has transformed his life around. He is now studying Software Engineering at university, has been a key worker in Tesco during the pandemic and is helping vulnerable people from migrant and refugee backgrounds as a volunteer Board Director with NI Hyatt.

Before coming to Northern Ireland, Hassan’s father became ill and was no longer able to work, meaning Hassan had to leave full-time education and get a job to support the family. When he arrived, Hassan wanted to fulfil his dream of going to university but needed to take English language courses and additional qualifications before he could apply. With the support of various organisations, including The Prince’s Trust, he was able to complete the necessary further education courses to successfully meet the entry requirements set by the university.

Through The Prince’s Trust, Hassan also took part in a Get into Retail programme with Tesco. After completing the course, Hassan was offered a job in his local Tesco store just as the pandemic began.

‘The help and encouragement I received in Northern Ireland was amazing. I’m grateful to all the support I had in helping me achieve a better life, not just for me, but for my family.’

As well as working part time and studying, Hassan was inspired by the support he was given and now volunteers his time to help others who have experienced challenges like those he faced. He is a co-founding member and voluntary Director of a local social enterprise, NI Hyatt, which helps refugees and migrants in Northern Ireland to create social connections, gain access to learning opportunities and recognition for their skills and experience, so that they can more easily become integral members of their local community.

“I wanted to help others, just like I have been helped because I know how much of a difference it can make. Anything people might need help with, we make it happen.

“People are always so grateful for the support they get through NI Hyatt. Many tell us they wouldn’t have known where else to go to start getting help with their issues such as registering with a doctor or looking for work.”